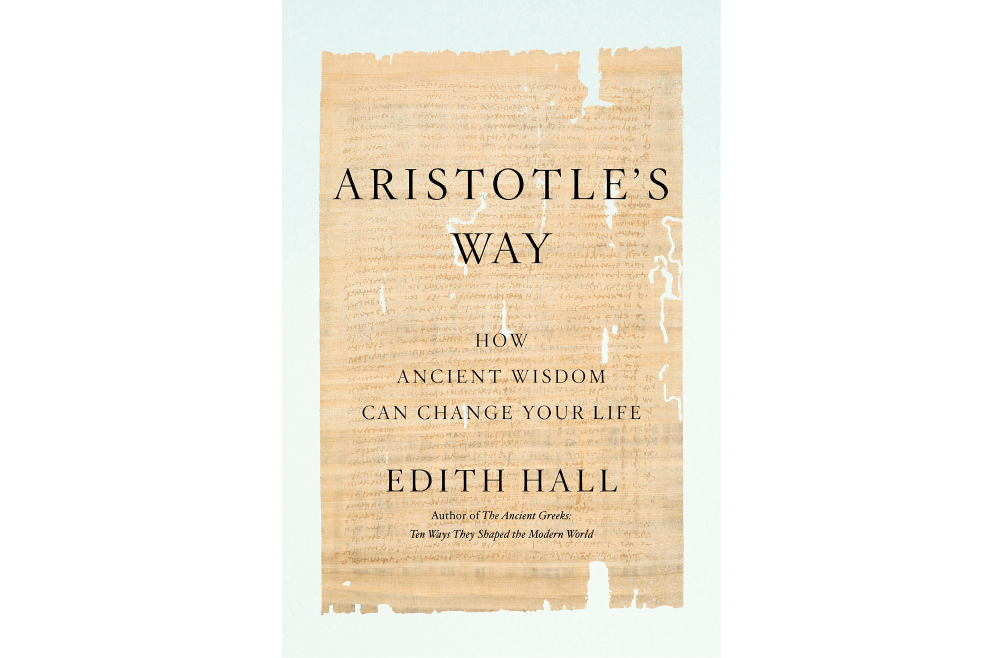 He lived in Athens, Lesbos, Assos, Atarneus, Pella, Mieza, other parts of Macedonia, and ultimately Chalkis where he died in 322 BCE

He personally taught Alexander the Great, and served as the intellectual mind for Phillip II (Alexander’s father)

He moved to Athens at age 17 and studied under Plato

A felt that happiness could be analyzed , like the subject matter of any other branch of knowledge

A put human experience at the center of all his thought

A insists that creating happiness is not a matter of fanatically applying big rules and principles, but of engaging with the texture of life THIS IS THE KEY

People who are impatient get things done; people who never take risks live limited lives, people who evade the truth and do not express pain or joy at all are psychologically and emotionally stunted

A did not believe in the Marcus Aurelius, Seneca and Epictetus teaching of stoicism

Aristotle believed that all opinions must always be open to revision

Aristotle did not believe in god, but stated he did not know what to put in His place

“The ultimate goal of human life is, simply happiness which means finding purpose in order to realize potential and working on behaviors to become the best version of yourself”

Whether the best version of yourself is a loving father/mother, pious worshiper, husband/wife, friend, public servant, leader – finding this “meaning of life” for yourself and then working towards what you define as that best version will bring happiness

He believed that specifics are key and a need to a focus on these specific topics brought progress in attaining self-contentment; generalities would never get anyone anywhere

A believed that people should be self-sufficient

A believed it impossible to be self-sufficient without financial independence

He recognized that some changes take months, some years, and others even decades

A felt that an unplanned life is less worth living

Life is completely unfair and fate is not providential

One must choose purposive choice that rests within yourself

A man should not be judged by what he does, but rather by why he does it

The man who follows good advice is himself good

Banter is welcomed if done tastefully

The path to happiness comes through taking on the project of becoming a great-souled man of being magnanimous (courageous, self-sufficient)

Anger can sometimes be virtuous and legitimate

The best form of anger is that of the quick-tempered who displays it openly and is then done with it, “out of sight, out of mind.”

Bitterness is the most troublesome form of bad temper

A does not regard wealth itself as special

The only way to use wealth well is through generosity

A person living well will always tell the truth when something significant is at stake, when it is unimportant (swapping stories with friends) then it is not critical that truth must always persist

Friendship is one of the most indispensable requirements of life

Hold a vision of the future with your spouse, talk about the goals and what you want to accomplish together

He explains that bad things happen to people for two reasons

Regulation of property ownership causes discontent in a community

He uses the Spartan culture in peace time as an example, they only were ever trained for war, and when boredom set in they began eroding their society

Leisure is therefore wasted if not used purposively

In his view, teaching people how to spend this time nurturing thought and personal growth is exactly how to build a strong, happy individual

Compulsive working around the clock harms physical and mental health

Thinking about happiness inevitably causes one to think about death

A believed that “death is the most terrible of all things, for it is the end”

A undoubtedly saw death as final as most agnostics would today

It is the latter that separates humans from all other species

Aristotle believed that God is actualized thought, or thought in action, a temporary joy that all humans can experience

This is pure happiness or pleasure

A believed that believing in an afterlife should not be discouraged even though he himself did not believe, he felt anything that brings comfort and happiness when people are suffering should be acknowledged

Final A wisdom:  change is constant, so constantly work to grow, change and better oneself as one ages to pursue and achieve ultimate happiness